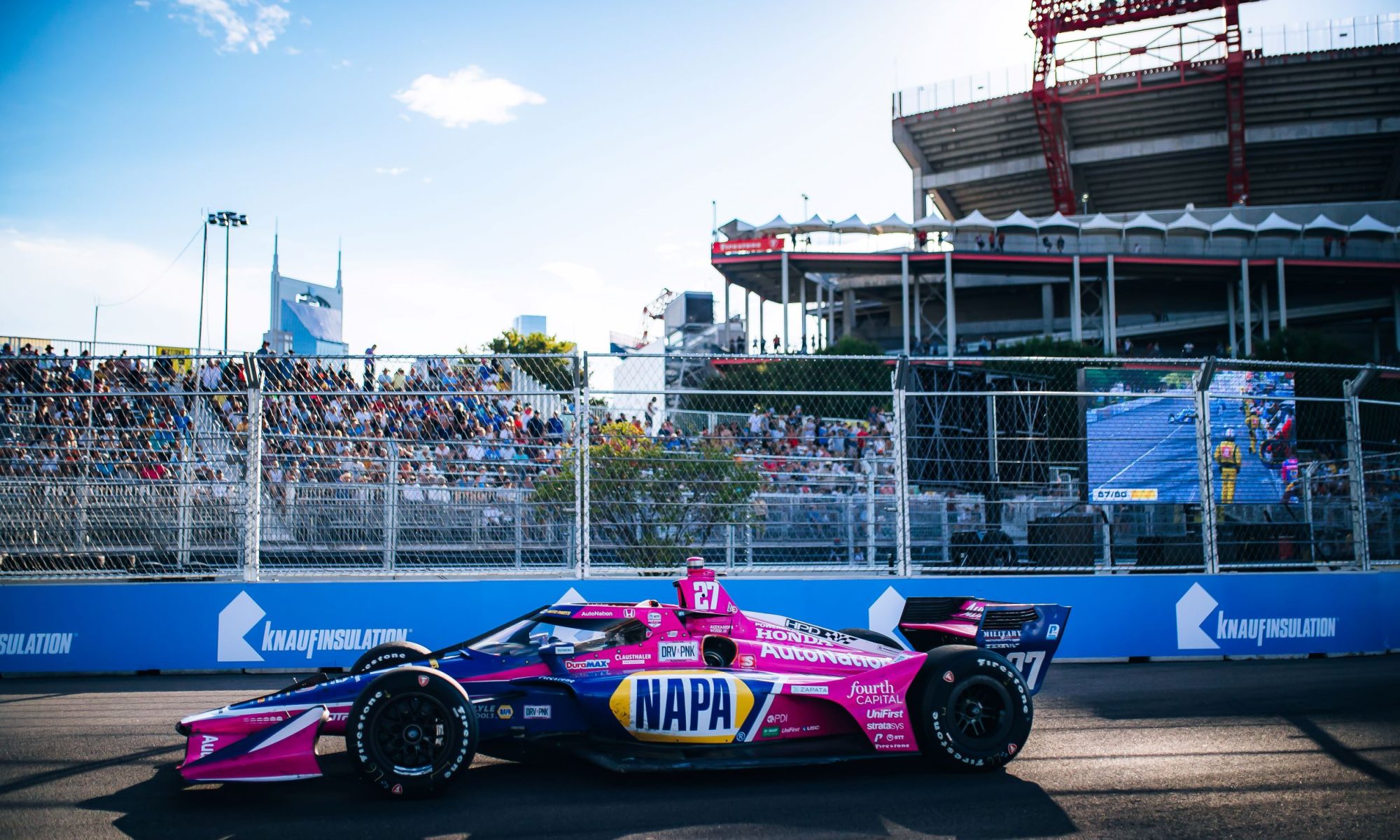 RelaDyne, one of the nation’s leading providers of lubricants, fuel, diesel exhaust fluid (DEF), and industrial reliability services, is thrilled to continue its partnership with Andretti Autosport for the sixth consecutive season. RelaDyne showcased its commercial and industrial brand, Drydene, during the GMR Grand Prix, and its automotive brand, DuraMAX, for the Indianapolis 500 and Music City Grand Prix.

DuraMAX, powered by RelaDyne, made its first appearance with Andretti Autosport in 2017 as part of the team’s Indy Lights Presented by Cooper Tire effort as primary sponsor for Nico Jamin, at both the Indianapolis Grand Prix and Freedom 100. For the next three seasons, DuraMAX returned as the repeat sponsor for four NTT INDYCAR SERIES events for DHL driver, Ryan Hunter-Reay including: Grand Prix of St. Petersburg, INDYCAR Grand Prix, Indianapolis 500, and Mid-Ohio Sports Car.

This year, DuraMAX as well as Drydene will be proudly displayed as sponsors on Alexander Rossi’s car for the 2022 NTT INDYCAR SERIES season!

Drydene was featured on Alexander Rossi’s No. 27 Honda as he took on the action-packed Indianapolis Motor Speedway road course for the GMR Grand Prix on May 14. Rossi’s Andretti Autosport teammate, Colton Herta, won as he controlled the chaos of changing weather conditions, tire strategies and numerous incidents to take the checkered flag from the GMR Grand Prix on the IMS road course. Click here to view all news and multimedia around the 2022 GMR Grand Prix.

DuraMAX was featured on Alexander Rossi’s No. 27 Honda during the 106th Running of the Indianapolis 500 presented by Gainbridge that was held on Sunday, May 29. The month of May encompasses over a century of history, progress, and speed into a never-before-seen homecoming celebration.

DuraMAX was also featured from August 5 through August 7 at the Big Machine Music City Grand Prix! With DuraMAX on Rossi’s No. 27 Honda, this weekend is always more than a race weekend, it’s an opportunity to be a part of a three-day festival held at the heart of Nashville.

We are honored to be partnering again with Andretti Autosport and now Alexander Rossi this season. Welcome, Alexander, to team DuraMAX, Drydene, and RelaDyne!

About Andretti Autosport
With a name like Andretti, expectations are high when you enter the world of racing. Based in Indianapolis, Indiana, and led by racing legend Michael Andretti, the Andretti Autosport team fields multiple entries in the NTT INDYCAR SERIES, Indy Lights Presented by Cooper Tires Championship and the IMSA WeatherTech Sportscar Championship LMP3 division.

Also under the Andretti racing umbrella are its Andretti Formula E program competing in the ABB FIA Formula-E Championship. Additionally, the team competes as Walkinshaw Andretti United in the Australian Supercars category through a partnership with Walkinshaw Racing and United Autosports and is set to field an entry in the new Extreme E championship via Andretti United Extreme E.

About Drydene, Powered by RelaDyne
For over a century Drydene lubricants have been made in America and made to last, paving the way on our highways, in our fields and on the production line. And we’re still right here today doing what we do best; helping America Get the Job Done. Drydene products are built with ALL Technology®, Advanced Lubricity Life chemistry, to meet and exceed today’s modern heavy duty and industrial needs. Drydene offers a complete line of commercial and industrial lubricants, including heavy duty engine oils, diesel exhaust fluid (DEF), transmission fluids, grease, and hydraulic & gear oils.

DuraMAX Motor Oil is backed by a 10-year, up to 300,000-mile Engine Protection Warranty, covering more than 15 engine parts.

Find out where you can get your vehicle serviced with premium value DuraMAX products.

Questions, concerns, comments? Let us know. We are dedicated to great customer service and want to hear what you have to say!

Stay on top of the latest DuraMAX news, product releases, and industry trends in the automotive market.